Give Me A Call – Watch the new exclusive video, titled “Give Me a Call” by Lil Bibby.

Give Me A Call Official Video – Lil Bibby

Lil Bibby – For Real – Listen to the new music video

In the new track, Bibby raps about his former career as a drug dealer, opening up about fake rappers and current beefs. Currently, Lil bibby is attending college for computer engineering.

Check out this amazing new music video by Chicago rapper Damonte Lofton titled, “Preach.” The music video reminds me of a true positive movement, containing deep lyrics with Malcom X speaking in the intro. The video was shot by DineroFilms, a popular Chicago-based videographer.

Make sure to comment, like, and share this powerful new music video by Gymshoe. I believe this song may become a new hit if it earns the exposure that it deserves.

Listen to “Preach” by Gymshoe 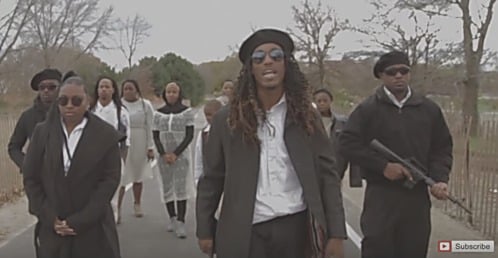 Although Rico Recklezz is in LA right now, he stated that he spends nearly $4,000 a month making new music. It makes sense when you realize the sheer volume of work he has continually dropped this summer. Rico has announced that his new EP – Realer Than Words 2, is also on the way.

Just when it seemed like Fredo Santana was more focused on acting and directing, on August 25th, 2016, Fredo releases a new single – a Northstar-directed music video for his single “Persona,” produced by Southside.

Fairplay is back at it with a powerful track that is aimed toward the #BlackLivesMatter movement. Hearing the popular song “Take Me To Church” by Hozier, Fairplay decided to team up with LawBeatz and create this conscious but street oriented hit. Also spoiler alert there’s a legitimate reason why Tupac is on the cover art take a listen.

FairPlay “Take Me To Church”

Listen to the New Track “Break Bread” by Fairplay

About the track “Break Bread”

Directed by Holiday Kirk, Chicago rapper, FairPlay releases the official visual detailing what he’s going to do once that bread is straight and does it the only way we know him to do it, with a non stop verbal assault. Bars gone crazy! “Break Bread” should serve as handbook of what everybody who claims they’re so real should do when they come up.

Listen to the entire 17 track mixtape