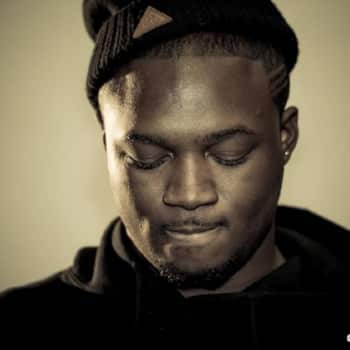 Killa Kellz “If I Die Young”

Listen on our Chiraq Drill SoundCloud

Killa Kellz speaks on ending the GD vs. BD war in Chicago, and his upcoming projects.

Killa Kellz is a drill rapper from Englewood, Chicago, IL.
Kellz was a member of the Black Disciples street gang, and is now a member of Bricksquad 069. He is known for hit songs like “300k,” and “I’m Back.”

The tragic news of Smylez death from a brain aneurysm was reported on Thursday, October 27th, sending shockwaves throughout the Hip-Hop community.

Smylez – Drill For a Deal

Smylez just dropped the emotional music video “Drill For A Deal” just before his death. You can hear the pain in his lyrics – from growing up in poverty to seeing death first hand.

Smylez and Killa Kellz team up and pay tribute to Lil Jojo.

Smylez was a member of BrickSquad 069, producing the most famous songs for Lil Jojo. And was very close friends with Chicago drill rappers Killa Kellz, and P. Rico, and Rico Recklezz.

Drill Rapper & Music Producer Smylez (BrickSquad 069), was one of the most respected producers in Chicago.

Smylez even produced beats for King Louie, and many other famous drill rappers. Tragically, Smylez passed away in on October 27, 2016, due to a brain aneurysm.

Smylez was Born Izerrick Aigbokhan, Born on the westside of Chicago and raised on the South Side.

Upon growing up on the tough streets of Chicago he found a passion for rapping. He attended Paul Robeson High School with producer young Chop Where he discovered his talent for producing. Izerrick started Leagueboii with his high school friends and his older step brother, Judo Heffner.

He started rapping and producing with his neighborhood friends from 69th street where he started buzzing on the internet.

On September 4th his neighborhood friend Jo Jo was shot and killed. Now Smylez continues his music putting the street life of Chicago out to the public letting the world know with his great rapping and producing skills about the life of a young black male in Chicago relating it to Iraq.

Live & Die in Chicago becomes an anthem for the Windy City

Live & Die in Chicago is one of King Louie’s best tracks that paints a picture of the socioeconomic struggles and violence in Chicago. King Louie recruits Chicago producer Smylez – one of the most well-known and talented producers in the Windy City.

King Louie Shot in December of 2015

On December 23, 2015, King Louie was shot in the head and chest – He survived and is has now fully recovered. On an interview with CNN, King Louie stated “They said the suspect shot 22 times and I was hit seven times,” he said. “Three of the slugs are still with me today – two in my chest, one in my head. The devil’s working overtime, that’s what’s going on in Chicago.”

King Louie was born Louis King Johnson Jr. in the Eastside of Chicago, Illinois on December 27, 1987. He attended Hyde Park Academy High School for a while before graduating from alternative school.

[Hook: King Louie]
I Smoke dope with the riders
Doors slide when we ride up
Stay inside or get fired up
To live & die in Chicago
Green light it’s a go, if I tell’em to blow
I keep that metal close
That’s how we ride in Chicago
(X2)

[Verse 1]
I was made in Chicago. I got paid in Chicago. MUBU
Out of town getting counted profuses amounts then it’s back to Chicago. WOO
Been to Paris, LA, NY to A to (…) but they not like Chicago. When (……) poetic
Niggas turnin in to bitches like Chicago. I’ll mail’em a hallow. BOOM BOOM
Pay hits, them hittas will be at your address to see you tomorrow. Next day air!
Flexin cuttin up they callin me Zorrow. WOO
She got some explainin to do. Yo boo keep callin me Ricky Ricardo. LUCY
I be feen on shawty, all I need is more weed. I get money like Marlo. TONY
My name is Louie but they call me Tony the God of Chicago
Got drillers for hittas. Some real cool ass niggas that ride just like Tahoe
DOA they know (…). A Day to live & die in Chicago
[Hook]

[Verse 2]
They say you can make it anywhere, if you make it in Chicago. CHIRAQ
So don’t take offense when I speak about murders & bitches etcetera. MOVIE
I’m just speakin Chicago. WOO
The media people just eat it up, but really we run. MUBU
Niggas be frontin, they move knowin they can’t even come to Chicago, and they from
Chicago
Murder capi of America, no murder rate like Chicago
My city influenced my country. Can’t get away from Chicago. CAN’T
They ask me Louie is you go leave, NO I’m go stay in Chicago
I’m the heart of Chicago. I go hard for Chicago
Big Poppa in my city. Get popped in my city. 2Pac of Chicago
But I’m still alive though, turn a white-T piru. WOO
Don’t come to Chicago. You’ll get lost in Chicago

Smylez and Rico Recklezz team up for a new track titled “Fishy.”